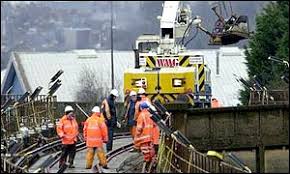 It's incredible how quickly we accumulated more "tat" now we had somewhere to put it, even in such a short space of time. Nothing fancy, just extra blankets, hard earned and bought dog bowls and proper candlestick holders. The shabby hut was only a squat, but it was our squat, and we loved it. It had walls and a door, and was somewhere we could call home. It was understandable that we forgot how insecure it was - after all, if we could just walk in and claim it and it's contents, so could anyone else who passed by. Railways need maintaining, and railway engineers get bored and go poking about in derelict huts during their dinner breaks. To this day I have no idea if that is indeed what proved to be our downfall, but it seems like a fair guess.
It was in the middle of a fairly average kind of an afternoon that Eyes led us away from the others and back to the hut. This was unusual, as we never normally ventured home until the day's business was over, and I have no recollection of why we did this, only that we did. We followed our usual route - along the river path until we reached the railway bridges, where I was scooped up, carried across the road and set down in front of the empty office block, at the far end of which I darted under the wire fence and then waited for Eyes to climb over and catch me up. As we scrambled up the muddy bank I froze, unfamiliar engine noise and voices having filtered down through the bushes to greet me. Hoisted up to shoulder height, I peered out and saw the distinctive yellow engineering train and orange coats before hearing a deep sigh in my ear. We turned tail and went back to town, thinking nothing of it - just bad timing on our part. We hadn't been seen, of that I am sure.
Later that night, the whole family returned to find the hut door wide open, and our tat disturbed. Nothing was missing, but it had clearly been thoroughly rifled. There was nothing to find, after all. Hushed whispers passed between Eyes and Man, and we two dogs lay alert, ears pricked, sensing the discomfort in the air. Candles were blown out more quickly than usual and we settled down to a fitful doze, half an ear open, noses twitching. 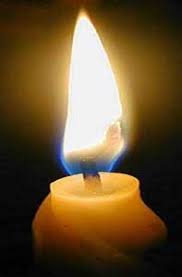 A few hours later I felt JD's head jerk up, and a growl creep from his lips. Man sat straight up and reached towards him, a whispered hush thrown in our direction. I hadn't crept under the blankets that night, unsettled as I was by the atmosphere earlier on, but seeing this I shuffled a little further up from the end of the bed, towards safety and a warm embrace.

Voices. Indistinct, but obviously speculating about us - "I reckon there's someone here, I told you that earlier" and other mutterings - at which JD tries to bark but finds his jaws clamped shut by Man's hand, causing him to bite his tongue and yelp softly instead. I haven't learned to yap yet, and am far too scared to start now, so I burrow down inside the covers and listen to my protector's hammering heart. More voices, even more muffled by the blankets, continue, as do the low growls. Curiosity eventually gets the better of me and I poke my head out just in time to hear something about "police" and "in the morning" and "sorting it ourselves". Then there are footsteps. Then silence, broken only by the sound of our collective panting. We sit motionless for what seems like hours, before JD is released, at which point he gives full voice to his objections, barking his warning out too late to scare anyone. The candles are relit and we stay like that, frozen in the moment, until dawn's light creeps around the door and window drapes, and we begin to relax.

A short while later, Man and JD head off, and I am let out to stretch by the railway lines. Eyes is frantically gathering things up, folding and stuffing things into bags and rolls, securing bedding with orange plastic string found clinging to the undergrowth. When the pair return, we throw everything into the shopping trolley that has appeared with them. I am placed on top. And so we carry on, just as before, but homeless again. Tonight's sleeping place is tonight's problem. We are safe, and together, and that is what matters.